Radon is an odorless, tasteless, invisible gas. It is produced as uranium decays in soil and water. It can be hazardous when found in highly concentrated areas in homes and other buildings. That’s why it is essential to have a house for radon testing not only before you make the purchase but periodically thereafter, as well.

Why is Radon Dangerous?

According to the U.S. Environmental Protection Agency (EPA), radon is one of the leading causes of lung cancer worldwide, second only to smoking. The combined effect of the two can be particularly dangerous. If you are a smoker, your chances of contracting lung cancer from radon are significantly higher than for non-smokers.

Radon Levels in the Atlanta Area

Nearly one out of every fifteen U.S. homes has elevated radon levels. Levels of 4.0 pCi/L (picocuries per liter of air) or higher are considered elevated and hazardous to your health. In fact, living in a home with these levels has been compared to smoking half a pack of cigarettes a day.

Levels of radon in Atlanta are particularly high. According to the EPA, Fulton, Cobb, Gwinnett, and DeKalb counties around Atlanta have a predicted average indoor Radon Testing  level in the elevated or “red zone.” This is higher than any other area in the state. That’s why radon testing in Atlanta is particularly important. The EPA map for Georgia can be found at https://champia.com/wp-content/uploads/2012/10/georgia-radontestingareas.pdf.

Why Test for Radon when Buying a Home?

You cannot predict radon levels based on local measurements, or even on levels in neighboring houses. Next door neighbors can even have different radon levels. Therefore, if you are considering buying a home, you should have the radon levels tested, no matter what the real estate agent or anyone else tells you about the levels in the neighborhood. The age of the home is not a factor, either. Elevated radon levels can be found in newly-constructed homes, as well as those over a century old. 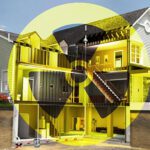 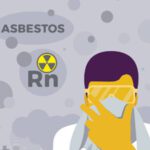 How Radon Exposure Affects Your Health

No comments to show.

Champia Real Estate Inspections was founded in 1987 in Atlanta, and since then we have completed over 50,000 inspections. As a team of certified home inspectors, we perform thorough inspections and deliver the reports. 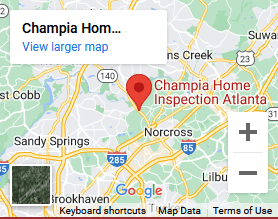